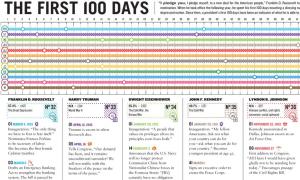 Ben summed it up last week, “I love graphics” and trying to put numbers and data into images. Unfortunately this semester I have been plagued by a malaise for rushing through things and not taking ownership, leaving my work on display lacking. GOOD Magazine has a section each month with some of the coolest displays of information. The clip above is a new one from them that displays presidential actions in the first 100 days. A timely piece considering the momentous election that I’ve hardly taken time to comment on, and which I will still postpone here.

Some of the best and most formal advice with regard to presenting information comes from Edward Tufte, who (after looking around his website) seems proud of himself and in love with his dogs. Nonetheless he knows how to blend information and art. Some of the graphs sell for hundreds of dollars on his website. I have to admit that even though I don’t know what this is telling me, I really think this Japanese Weather map is cool. 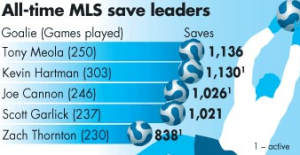 Another site that is doing great things with data and maps is called Flowing Data. They do more in the way of putting up time-lapse animations that can show the spread of things (like Walmart), as well as add roll-over content for web-based maps. Many of the examples eventually release code which then allows more users to incorporate the design with their own data. Lauren and I recently did such a thing with some data from here job using an app called Timemap. Many online news sources are getting equally savvy in displaying their data (leaps and bounds from the infamous USA today infographics). 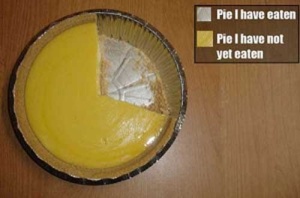 In addition to displaying data, innovations are also appearing for obtaining new sources of data. You may remember a post awhile ago on a Facebook add-in called Lexicon that allowed you to track the appearance of selected terms on people’s walls. Yesterday the inboxes of many were ablaze with stories of how Google is using a similar idea to track flu. Google FluTrends is a formalized project for Google.org, Google’s philanthropic unit that aims to save the world (I wouldn’t put anything past them).

I did not originally want to post about this, even though Lauren passed it along with the message “put it on your blog.” However, in class today while discussing the affect of society/culture on the idea of ‘necessities’ the statement was made that even if we (public health do-gooders ie. World Health Organization) wanted to put a (one) glass of clean water in front of every person on earth, we couldn’t do it. Not even for one day, let along daily. We’re not in a position to ready it, prep it, distribute it; we’re not even closer than some others. So who is the closest to being able to perform such a task? Probably, Coca-Cola, makers of what one professor (the same who made this point) refers to as a candy bar in a bottle.

Interesting, but it says nothing about what I didn’t want to show on here…

Today it came to my attention that Stone Mountain (a nearby rock formation/outdoor park/laser show venue/Confederate Mount Rushmore) is going to be offering a snow-covered winter wonderland to Atlanta locals, complete with real snow. So, during the worst drought on record in Georgia, a snow-making machine will use 38 gallons of water a minute from the local piped water supply. They’ve decided to use the municipal water instead of water from the park’s lake, to ensure snow of blinding white purity. Also, it makes very little (thermal) sense to put such an event in November. Perhaps they expect less rain and a better turn out with slightly warmer weather than in February, but I shake when I try to justify it.

In Vietnam, I attended something similar that was part of a large park. It was housed in a warehouse and it was complete with ice sculptures. They provided coats for people upon entry and gave people an opportunity to throw their first (and probably only) snowball ever. You would exit into the balmy 90 degree heat with the feeling that what you had just experienced was a bit less fun than all the effort was worth.

This morning, after reading an article about the Stone Mountain situation in the local paper I found out that Coca-Cola is putting it on. It appeared that they had already begun snow production and that the exhibit was not meant to open until November. That seems like a lot of water. However, the article was updated at 3:00 today after the park and Coke agreed to halt the snow production and the attraction due to significant criticism.

It seems the most twisted of ironies that a company that would employ such disregard for environmental circumstances for a promotional stunt employs the same poster-endangered species as the climate change activists.

Though he is only a professor and the president of a university, I am proud to have attended under his tenure and always enjoy hearing what he has to say.
PART I

This week brought about what many are calling a sea change in American politics with the Democrats taking the House of Representatives, AND THE SENATE!, and Donald Rumsfeld resigning. I am more excited about Donald Rumsfeld than about the House and Senate though maybe I shouldn’t be or maybe they are one in the same. People (a lot of people) have been asking for Rumie’s resignation for a long time now, and now they have it. But, is all this change in such a short time is reason for optimism or some skepticism?

I must admit that I am a bit apprehensive to start the celebration just yet. Now that the Dems are in and Rums-y-poo is out what next? Changes came about as a consequence of policies and endeavors that failed severely. Now it’s time to fix them or heed more change. It’s a huge task and though we heard a lot during the campaigns about getting Republicans OUT of office, now we need to hear about what Democrats in office is going to mean. I’m pulling for them to succeed, but I am also realistic about the gravity of the problems they face.

On a lighter note, Nancy Pelosi is going to be the first Madam Speaker of the House. In December I had the chance to visit my very good friends Paul and Hilary in San Francisco and got a behind the scenes look at how Nance goes about her business in the City by the Bay. Check me out behind the desk of the now-Speaker of the House.