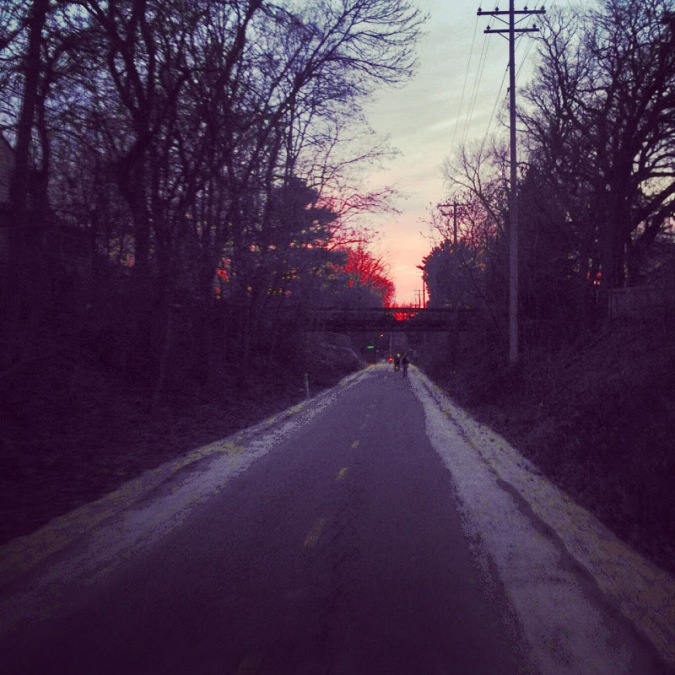 We heard a lot about Madison before we moved here. Everyone we talked to loved the place. We haven’t met anyone who didn’t enjoy their time here, but we knew that sit was a bit of an island. A haven for protest and liberal energy in a state that is not severely conservative but elected Scott Walker, saw him restrict collective bargaining rights, then recalled him, and elected him again.

Our first real encounter with the vocal Madison public was around a proposal to put lights along a bike path. The bike path is known as the Southwest Commuter Path and runs between the SW neighborhoods (and towns further outside Madison) and campus and the Isthmus where it links up with other paths. The controversy arose between the neighbors living along the path and the path users. Several neighbors came out against the lights; worried about habitat (owl) disruption, night sky light contamination, and other reasons. Some even said crime might go up if criminals, now able to see the people they intend to attack, could wait to strategically attack those they think are weak. Supporters of the lights cited equality among transportation modes as a rationale for the project. The public works department revised the design of the project and even the lights themselves several times to alleviate concerns. They worked with the LED manufacturers to produce a different warmth of light at eye level. The final design is a bike path light unlike any other out there.

I went to one of the several public hearings about the issue and took some notes. Some of the best comments came from an Alder in a nearby town, Fitchburg. He pointed out that the people you see on the path now are only the people comfortable using it as it is, so the claim that plenty of people use a dark path is misleading. He also noted that the more cyclists the path attracts, the less traffic will be on the roads and so benefits of the path extend to the general populous and not only those on the bikes.

The appeal of a town the recognizes non-motorized transport and legitimizes it with infrastructure spending was something that several young professionals mentioned explicitly. They noted that it was a factor in choosing to move to Madison. They said things like: “Make cities for people” and “We must begin to shift our transportation paradigm and legitimize all modes”

I kept thinking that many of the arguments against the lights based on safety were dismissive of the subjective nature of safety. People requested data on crime stats to ‘prove’ that safety was an issue, and conversely others in favor of the lights told their personal stories about not wanting to ride in the dark. Is fear of the dark measurable? I would say mine is about a 39.7.

One of the oddest comments came from a woman opposing the lights: “If I wanted it to be all lit up, I would have bought a house in the suburbs”. This seems paradoxical to me, isn’t the bucolic character of suburban living (‘away from the bright lights of the big city’) part of the appeal.

One of the most compelling arguments relates to whether or not this is the type of project that the city should be spending money on right now. There are certainly other needs for this money, but this is not really the issue that the city was discussing. That decision had already been made and and the money had been set aside. The electrical infrastructure for the lights had also been installed earlier when the path was first constructed. In the end, the final light design was approved by the city council and it will proceed.