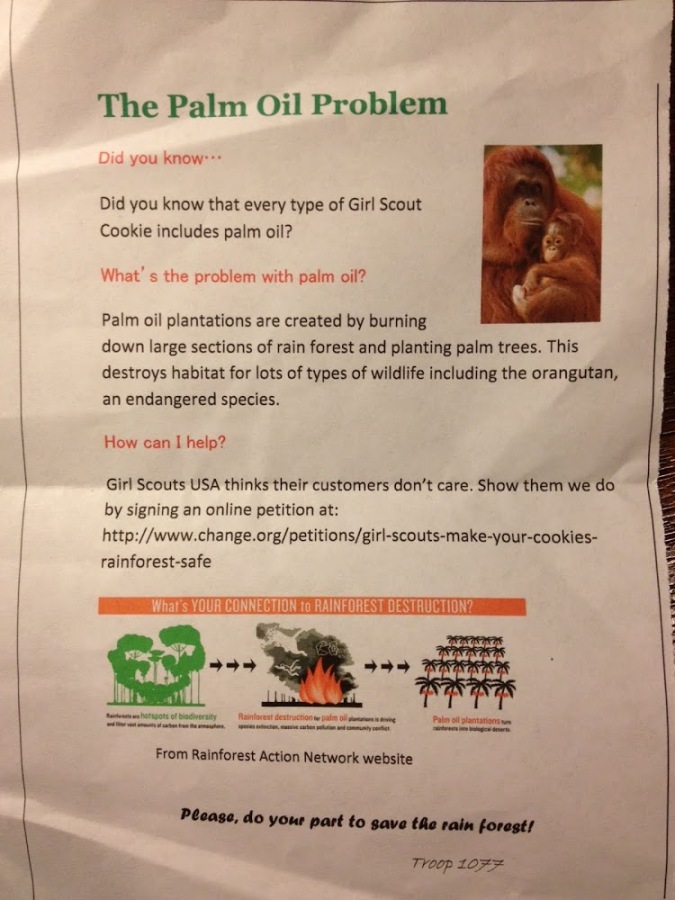 On a recent trip to the supermarket we encountered a band of small girls selling what appeared to be harmless baked (?) goods – cookies – as part of a fundraiser for their organization called The Girl Scouts of America. Now, I have bought Girl Scout Cookies before and I will buy them again (Thin Mints are my drug of choice), but this time was different.

After the transaction one of the girls handed me a slip a paper with some information on it about the cookies I had just purchased. The paper, shown above, had additional information about the ingredients of the cookies and the farming practices used to grow those ingredients. It was odd to receive information from the seller of a product, speaking ill of the product, right after you purchased said product. First, I appreciate the full disclosure and due diligence on the part of the Girl Scout’s but to say this didn’t catch me off guard would be a lie. I’m used to finding out about the reasons I might want to steer away from some products through alternative sources; the newspaper, a blog, not the seller themselves. Second the info sheet doesn’t point out all the things the GS have changed to correct the hard this fundraising activity might be causing in other parts of the world, rather it simply states what’s wrong with the cookies I just bought. What’s more it throws the blame right onto me – “What’s YOUR connection to rainforest destruction?”

I looked into into a bit more. The campaign was started by a few Girl Scouts from a troop in Michigan. (one of them was named Madison) The leading producer of palm oil is Indonesia. MOst of the crop’s expansion in the last 20 years (in Indonesia) has happened on the island of Borneo. This island is home to the orangutan and this is a primary reason that the animal has become synonymous with rain forest destruction by palm oil plantations.more here. 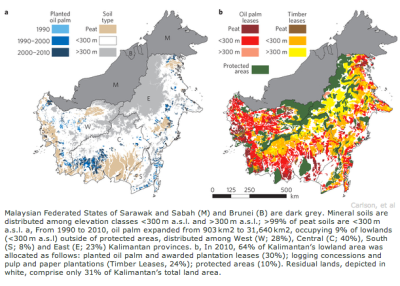