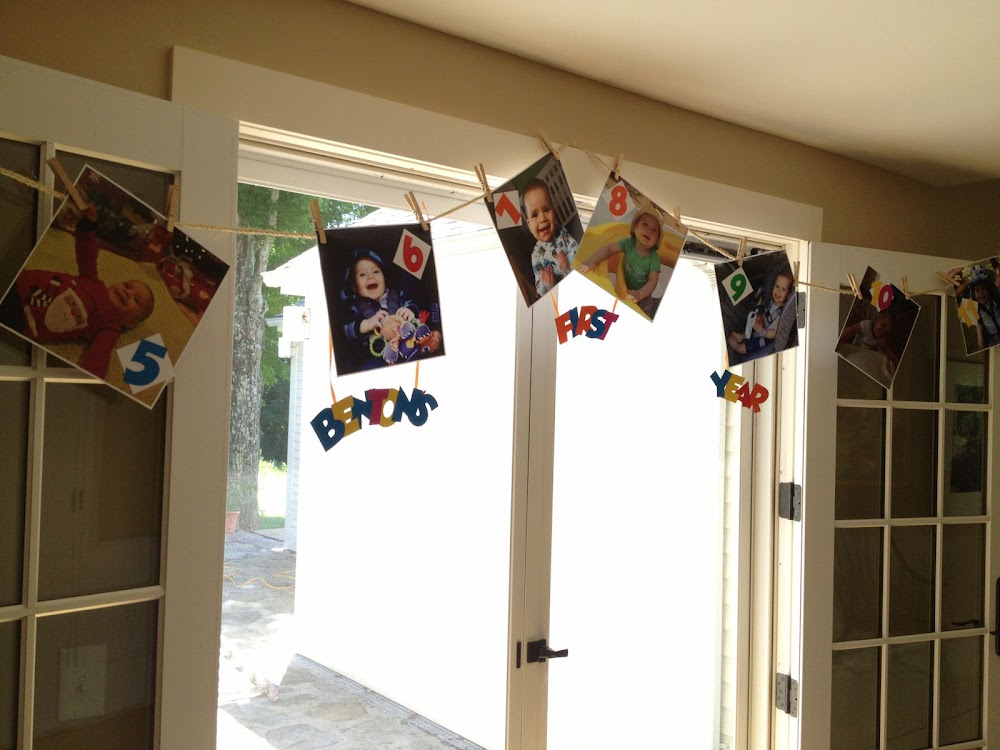 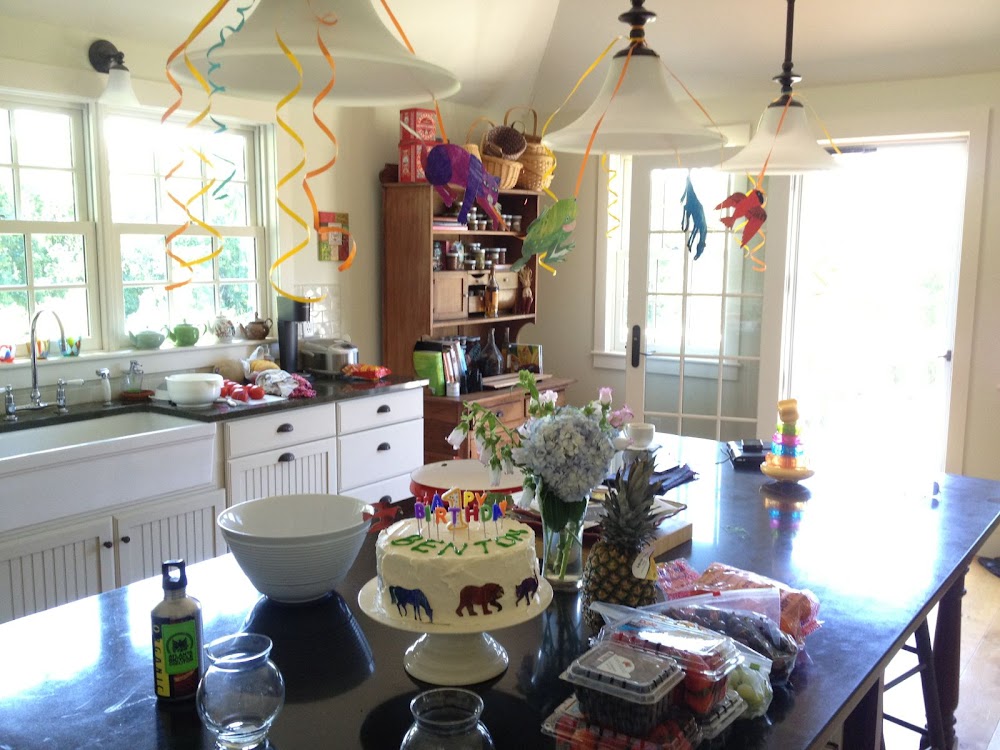 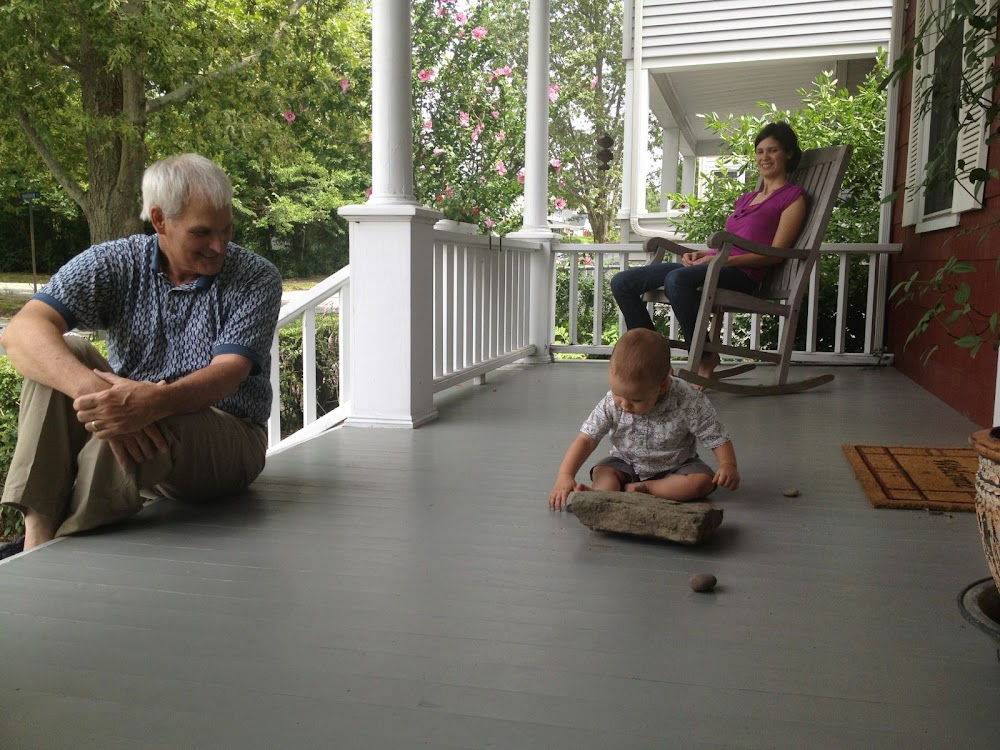 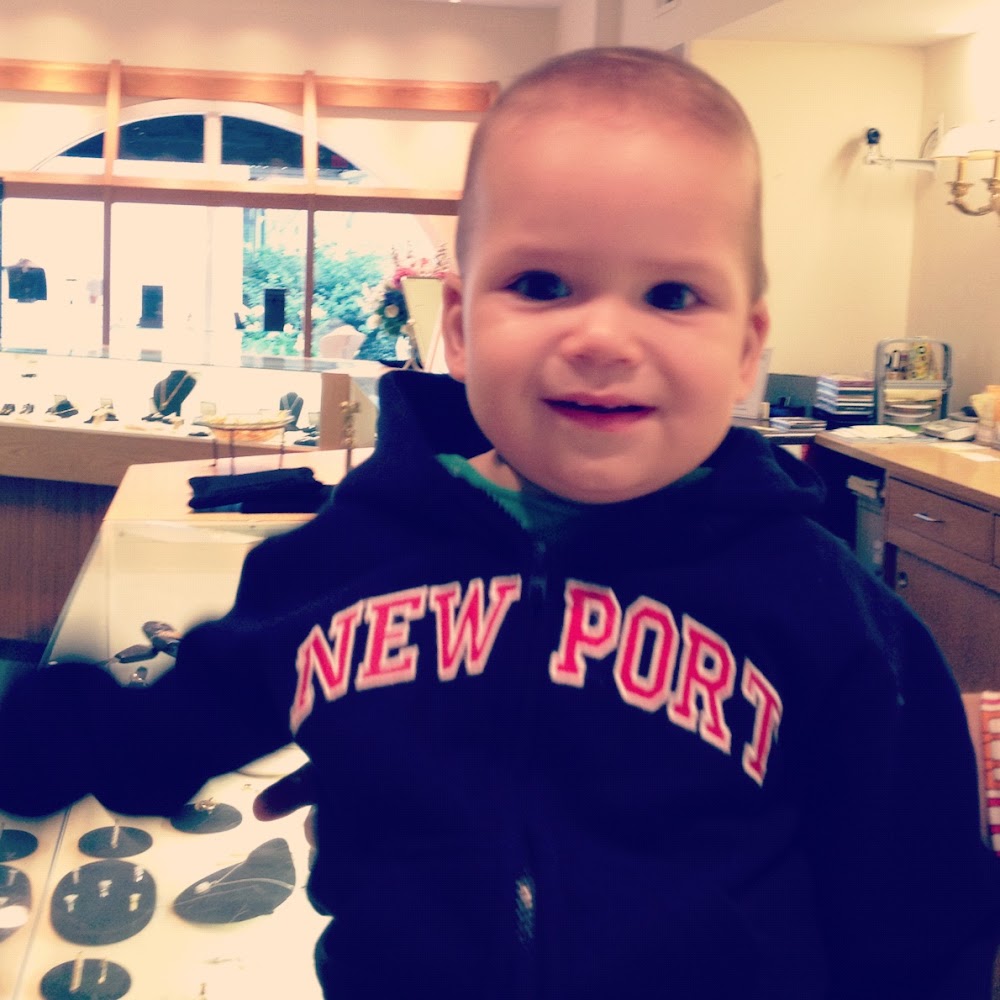 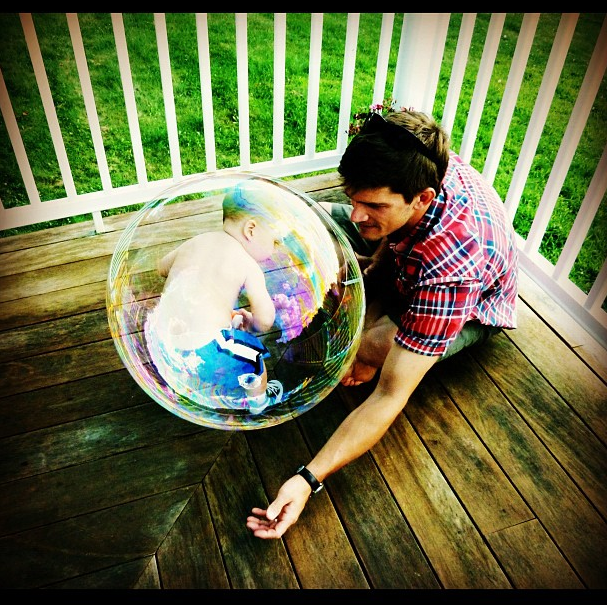 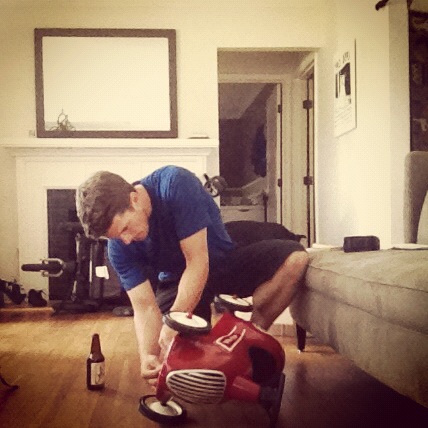 It’s been three months since I have blogged. Sadder: there have been only 7 posts this year since the 2011 year in review. Saddest: There have not been many updates on Benton even though he has continued to grow and change. Maybe that is why the blog has not recorded his progress – it is too fast and too expansive to cover. Photos and videos are the mode of the day but even those fail to accurately document what has happened over the past year.

Yes, it has been a year since Benton was born. To celebrate, we all headed up to the northeast for a party. The first destination was Newport to see Gabby and Pappi (forgive me as I confuse all the monikers). In a maneuver out of a James Bond film we arrived at the Providence airport to find a car waiting for us in the lot (with a car seat!). We zoomed off to Newport; our parking and bridge toll paid for by the $20 left in the car’s ashtray. Once there we enjoyed the cool summer day out on the porch and in the garden. The next day we trued to go to the beach but got rained out and instead went to an aquarium where you could touch crabs and sharks and starfish. next, we headed to Connecticut to meet up with Suse and the rest of the family, and to prepare for the party the next day.

To set the scene, decorations were made using the characters of one of Benton’s favorite books. Notably it features a brown bear. The characters donned the edge of a homemade cake from Grandma and hung from the lights in the kitchen. Pictures of Benton from each month of his first year were draped through the entranceway. Benton went through about three or four outfits as he opened gifts and ate cake. Friends and family came in from as far as New York City – never mind that he himself flew in from Atlanta – to be with him on this special day. Later he played on the deck with giant bubbles.

When we got home the gifts continued to arrive and then be put together by his dad. Now Benton continues to improve his walking, throw in more and more talking, and grows every day.