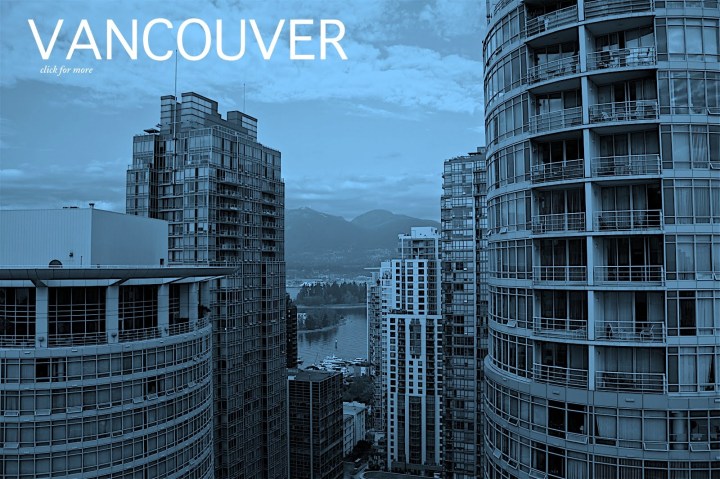 Last weekend, Lauren and I went to Vancouver for the IDSA conference. I had never been to Vancouver prior to this but had made a trip out to British Columbia to do the West Coast Trail. I wanted to get to Vancouver then but didn’t have the chance and always hoped I’d get back out there soon. Now that I’ve visited the city I’m even more eager to revisit the area and spend more time there.

Vancouver feels like the city of the next 100 years. Everything is new, spotless, thoughtfully designed, safe, diverse, busy, on-time, and appropriate. It seems ideal in many respects. There is landscaping everywhere – in all the medians, and little gaps next to sidewalks. There is a great main park with beaches, huge trees, trails, and views. I think it says a lot when some of the most desirable, attractive and potentially profitable land is set aside for the public. The transit works well and the scale of the city is very manageable while still being dense enough to be very interesting.

I did a lot of walking around and working at various cafes and shops while Lauren was at the conference. One thing I found surprising was that there were not wireless networks at many places, particularly coffee shops. I thought this was the city of the future? We hopped on the bus and headed south for some world class Indian, and took the sea bus over to North Vancouver and trekked up the Grouse Grind, also known as Nature’s Stair Master. It climbs over 800m in just under 3km. Earlier this year someone broke his own record by completing the trail 14 times in one 24-hour span. The view at the top was great and we even saw some snow on our way down. Overall the weather was fine, a little drizzle here or there but most sidewalks feature ample awnings and if you are packing a raincoat or umbrella you should be fine.

On our last day we took a ferry over to Granville Island. This is a little spot underneath the Granville Ave. Bridge that has been converted from an industrial center into an artisan fair. There is a large market space and several small galleries and boutique production workshops. We walked from there to South Granville. I wish we could have rented bikes and seen more of Stanley Park but I think the way we enjoyed the place was great.

There is something weird about Canada. All its orderliness and rule-following, it feels a little sterile, but a great place to live. We were nervous to cross the street mid-block or against the crossing sign for fear of arrest and/or scowl. It is very Scandinavian in that way. Another odd thing is that the place is so diverse and feel so foreign that you are constantly surprised to hear people speaking English. Atlanta can be like that too, except you expect to hear English and can’t always understand what people are saying to you.